In “A View to a Kill” Paris was location of a spectacular jump from the top of the Eiffel Tower as well as high-speed car chase along the Seine river.

James Bond arrived to Paris to meet French agent Achilles Aubergine. While they were talking in the restaurant located mid-way up the Eiffel Tower Aubergine was killed by black-clothed assasin – May Day. The restaurant scene was filmed in Pinewood Studios near London. The jump and the car chase were filmed on location in Paris.

B.J. Worth and Don Caldvedt were two stuntmen hired to jump from the Eiffel Tower. To prepare properly for the stunt they made 22 jumps from hot air balloon. They were supposed to do 3 second free fall before opening the parachute. B.J. Worth told that the wind in their ears was their altimiter. At certain pitch they knew that it was 3 seconds already and they could open the parachute. On the top of the Eiffel Tower special jumping platform was built so they could get out away not to hit the tower which had the bottom much larger than the top. B.J. Worth was the first on the platform early in the morning. He yelled out “This one is for Cubby!” (Cubby – film producer Albert R. Broccoli) and jumped. He waited 3 second, opened the parachute and finally landed next to his wife and daughter. He did such a good job on the first take that Albert R. Broccoli decided not to take additional risk and canceled next jumps. Don Caldvedt, who was B.J. Worth’s backup, wanted to jump so much that he offered to do it for free, but he didn’t get such opportunity. He called his friend and proposed to jump without permission at 7 a.m. before arrival of the crew. They didn’t know that all the crew also arrived that day very early in the morning to set up for the shooting on the tower. Film director was picking up camera angles and suddenly without warning Don Caldvedt fell down next to him in free fall and the parachute opened loudly. A few second later Don Caldvedt’s friend did the same. For the second time the film crew nearly lost the permission for shooting and B.J. Worth had to fire Don Caldvedt.

Below you can see a few photos with a view that stuntmen could see from the top of the Eiffel Tower. 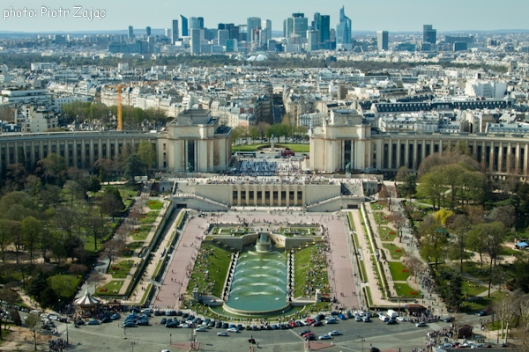 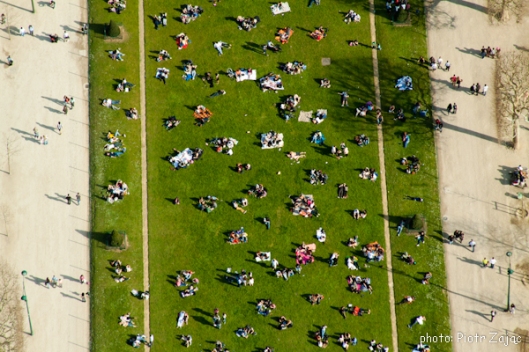 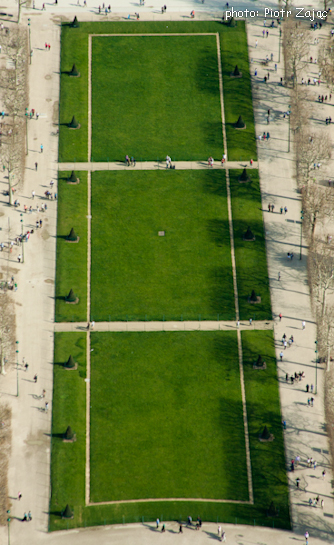 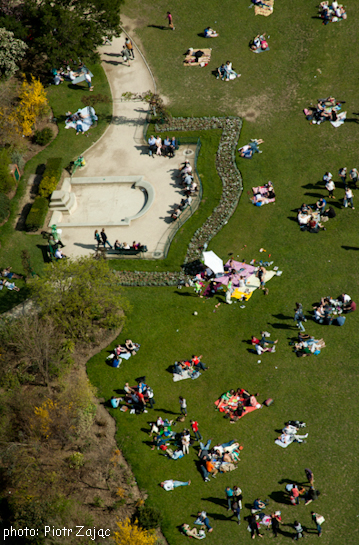 View from the Eiffel Tower at Pont d’lena 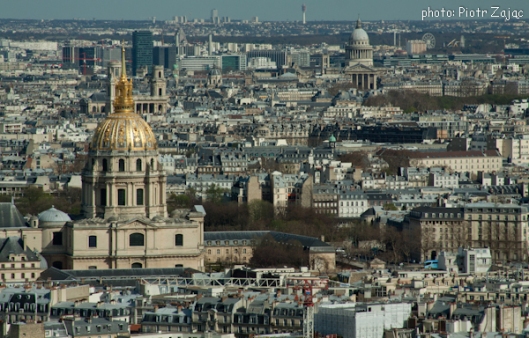 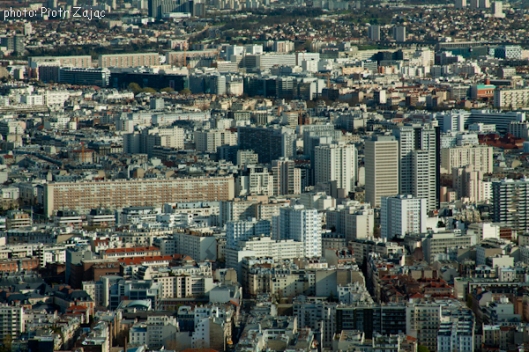 It is worth to mention that Centre Georges Pompidou (see photo above) was used as film location in “Moonraker”. Interior of Drax facility in California, USA where James Bond was walking with Corinne Dufour to meet Dr Holly Goodhead was filmed in glass corridor in the Center Pompidou.

May Day made a swan-dive and parachuted away over the Seine River. James Bond took up pursuit on the roof of an elevator riding down, where he stole a taxi and began a high-speed car chase, during which he drove down the stairs, jumped over the bus and sheared off the car’s roof and back-half. May Day landed on a boat with a wedding reception onboard. 007 parked his damaged car on a bridge and jumped on the same boat, where he landed in the wedding cake. The killer managed to escape.

Car chase coordinator was Remy Julienne and one the stuntmen was his son. Film director John Glen mentioned a few years later that Jullienne’s english was not very good and his french was even worst so they managed to communicate through drawings.

Below you can see photos of the car chase filming location. In the first two pictures there are stairs between Quai Branly at the Eiffel Tower and Port de la Bourdonnais at the Seine River where the beginning of the sequence with James Bond in taxi driving down the stairs was filmed. In the next picture there is a Port de la Bourdonnais seen from the Pont de l’Alma bridge where next seconds of the sequece were filmed. 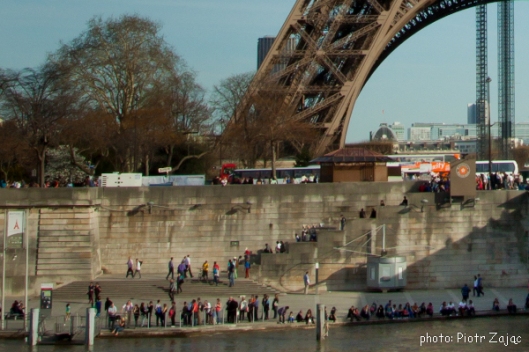 The scene with May Day landing on the boat was actually filmed before the jump from the top of the Eiffel tower. It was B. J. Worth who did the scene. He jumped from the helicopter (Marc Wollf was the pilot) When he was at 500 feet he said “Action!” over the radio in his hand and the boat parked underneath one bridge took off. He had to repeat the jump several times.

Below you can see the bridge Alexandre III where James Bond parked cut in half taxi and jumped on the boat.

In the next scene James Bond was picked up from the Paris police station by M. The car with 007, his boss and the accompanying Sir Godfrey came out from the building at Quai de l’Horloge (see photo below). While M reprimanded James Bond they drove across the bridge Alexandre III, from which 007 jumped on the boat.