After opening sequence James Bond went to Bratislava in Czechoslovakia. At the time when ‘The Living Daylights’ was filmed getting permission to film in communist bloc countries was very difficult. Therefore Vienna in Austria was doubling for Bratislava in the movie.

James Bond (Timothy Dalton) and Saunders (Thomas Wheatley) were sitting on a balcony in a concert hall. Bond was looking at general Koskov (Jeroen Krabbe), who was supposed to be transported to the West. He also noticed cellist Kara Milovy (Maryam d’Abo). Just before the concert interval 007 and Saunders left the concert hall and went to the Mi6 safe house in a building across the street. Soon general Koskov went out into the streets through the toilet window. Bond saw an assassin in a window above the entrance to the concert hall. It was cellist Kara Milovy.

The sequence began with establishing shot of the street and philharmonic building. It was Währinger Strasse in Vienna and the opera house called Volksoper. The camera was directed towards the viaduct on which the metro runs. In the film there was a small tree in front of the Volksoper. I was visiting Bond locations in Vienna in 2020, so it was 33 years after filming. During this time, the tree has grown, but the building hasn’t changed much.

Entrance to Mi6 safe house was filmed at the intersection of Währinger Strasse and Schlagergasse in front of Volksoper. The hammer and sickle that were seen in the film were mounted on the balcony shown in the photo.

The building at the intersection of Währinger Strasse and Schlagergasse.

General Koskov went through the window that is shown in a photo below. It is located to the left of side entrances to the Voksoper. 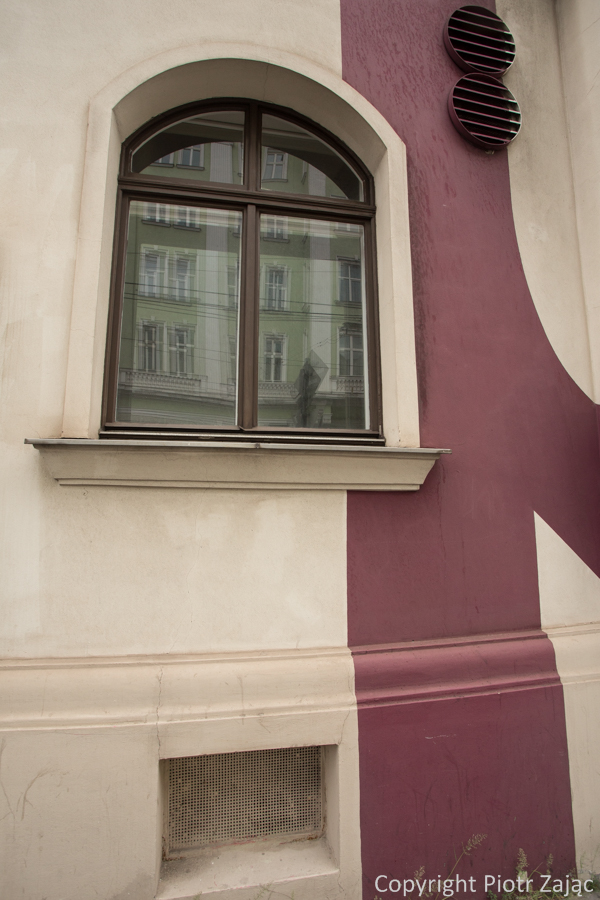 Window in Volksoper in Vienna.

Side entrances to Volksoper in Vienna.

James Bond saw Kara Milovy with a gun in a window above main entrance to the building. It is the one below ‘Volksoper’ sign.

Main entrance to Volksoper in Vienna.

James Bond helped general Koskov to escape from Czechoslovakia to Austria by sending him across the border in the Trans-Siberian pipeline, but at first they traveled by car.

Night ride was filmed in the center of Vienna. They went out on Traungasse.

At the end of the street, right before the arched passage, the car turned left onto Lagergasse

Later the Audi drove across the Doktor-Ignaz-Seipel-Platz and entered Sonnenfelsgasse.

Later in the film James Bond returned to Bratislava to follow Kara Milovy. He saw her arrested outside her house. She left cello case in a tram. Bond took it to the public toilet at the tram depot to see what was inside without any witnesses.

The scene in which Kara was arrested was filedm at the tram stop at Antonigasse. After over 30 years it was easy to recognize the location. Only trams are completely different from what we saw in the movie.

Tram stop on Antonigasse in Vienna.

The tram depot where Bond got off the tram has been closed down over 20 years ago. There are no more tram tracks but the building at Kreuzgasse still exists. Currently there is a gym inside the building.

You can find the building where the entrance to the public toilet was filmed right next to the former tram depot. As you can see in a photo below it is not in use anymore.

Kara returned to her flat. There was James Bond waiting for her. They both escaped in Bond’ Aston Martin but first they had to fool KGB agent waiting in a car in front of her house. Bond was the first to leave the building. Kara went to the phone booth. She dressed the cello case with her clothes. She ran away when a tram was passing. KGB agent was convinced that Kara was still in the phone booth.

The entrance to the building in which Kara lived was located at Antonigasse 92. 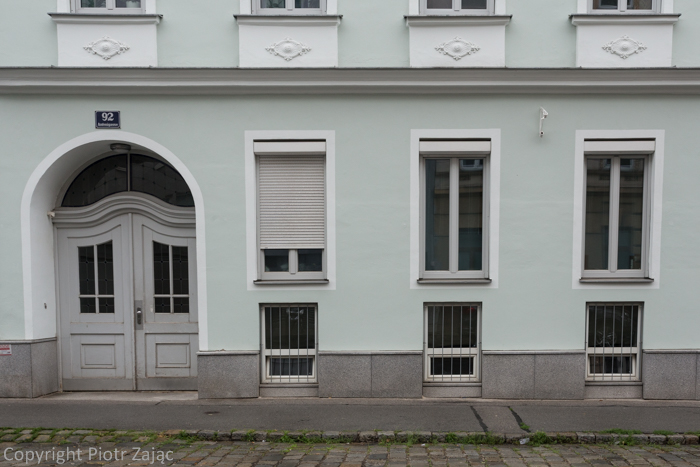 James Bond parked his Aston Martin at the intersection of Antonigasse and Sommarugagasse. It was roughly where the silver car is pictured in a photo below. Phone booth was located to the left of the orange delivery truck in that photo.

The scene with James Bond and Kara Milovy driving away was filmed at Schlagergasse.

1 thought on “Vienna as Bratislava in ‘The Living Daylights’”