Most of ‘Casino Royale’ was shot in the Czech Republic, mainly in Prague. In 2006 James Bond film crew was working in different locations in the city and at the Barrandov Studio. 10 years later I have visited the studio to see stages where interior sets were built. 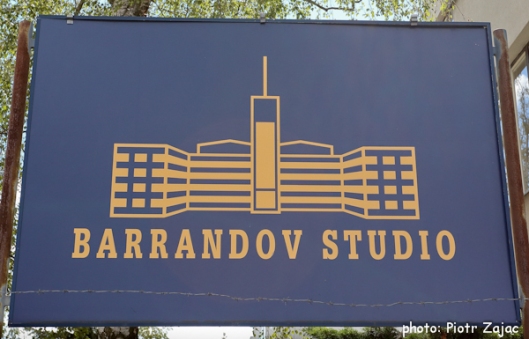 In Barrandov Studio logo (photo above) you can see the studio main building (photo below) that is located at Krizeneckeho namesti. 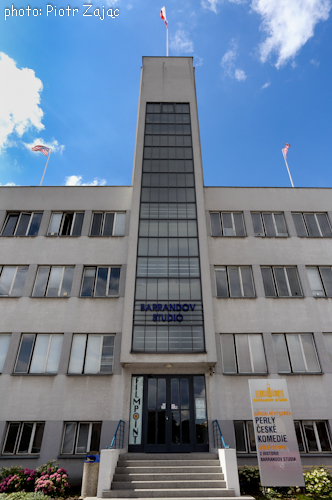 Inside the building, in front of the reception desk, there are film posters, with “Casino Royale’ in the middle, hanging on the wall. It is worth mentioning that there were also other international films shot at Barrandov Studio such as ‘Mission: Impossible’, ‘Mission: Impossible – Ghost Protocol’, ‘The Bourne Identity’ etc.

Streets inside the Barrandov Studio are named after famous Czech film directors. Below you can see a photo of Otakar Vavra street sign.

Next photos show the building where ‘Casino Royale’ was shot. It was built in 1940’s. There is a hudge Barrandov Studios logo on the roof of the building that can be seen i.e. on Google maps.

There is an entrance to the offices in the building at Otakar Vavra street.

On the other side of the building, at Frantisek Vlacil street, there are large entry gates to three stages.

‘Casino Royale’ was shot in Stage Number 6, where main decoration was built. Total area of the stage is 40 meters x 50 meters with construction area 36 meters x 46 meters and a height of 12 meters.

‘Casino Royale’ was also shot in Stage Number 7, where main decoration was built. Total area of the stage is 29 meters x 40 meters with construction area 25 meters x 36 meters and a height of 12 meters. Photo below shows film decorations in that stage.

It is worth to visit empty stage to see how big that is. Below you can see part of the Stage MAX that is the largest stage in Europe at 4,000 square metres at height of 13,75 meters. It was oficially opened on December 2006, a few months after ‘Casino Royale’ was shot.

I have also visited furniture warehouse looking for some props from ‘Casino Royale’. I was shown a set of furniture that you can see in photos below. They were supposed to be used on James Bond film. I did some research and after a long time I discovered that they belonged to another agent. They were furnishings for the apartment of Ethan Hawke (Tom Cruise) in ‘Mission: Impossible’ that was also filmed in Prague.

I would like to thank Jakub Zika and Lubomir Konecny from Barrandov Studio.